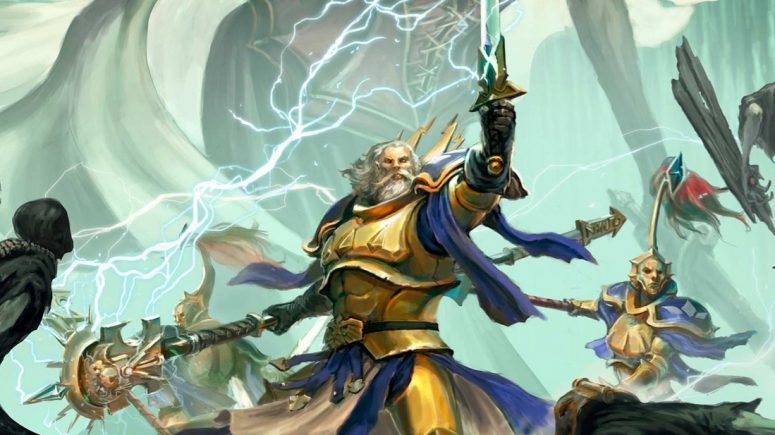 So, with my feet firmly under(worlds) the table(top) It was time to mix up my deck and have a real crack at spell-slinging Cursebreakers. The result was an unwieldy high-roll deck that was absolutely hilarious to play, yet stalls horrendously when early rolls/ draws/ opponents aren’t favourable. I took a pen-and-pad to this event, and wrote absolutely nothing down Errata: I did at least get the names/ decks of my opponents, as well as glory scores, I’m not completely useless! (Names withheld to protect the innocent!)

Another extremely well ran tournament with a relaxed atmosphere and a large play-area. The organiser was even understanding when we didn’t turn up for like an hour!

Format was best of 3, and glory differentials did matter today. I placed 7th, and the competition was FIERCE, like, world-beating FIERCE.

I need to bring Ammis and Rastus back in the game, I think this means I’m going to have to stop placing my models so middle-of-the-road, which was something I thought of to aid Focal Formation, but just leaves me completely limp if there’s too much of a distance between me and my opponent.

I needn’t worry about getting hit before having a chance to respond, and I pretty much always go first (Thanks to the extra crit for finishing placing my modes first) and so can probably control the flow of the game better if all three of my models can activate aggressively Errata: I am terrified of somebody hitting Ammis or Rastus while they are uninspired, I know it’s only a single dodge they gain, which is pathetic against multiple dice, It just feels like free hits I’m giving to my opponent, when instead I could be making them sweat trying to kill Stormsire… The more I play however, the more I think that this is unfounded

I’m going to look into my pool of boards for something that offers aggressive positioning.

First note, as mentioned above I was late, really, really, late. It turns out if you lock your car keys inside your metal deck box, and then throw that in the boot, the keyless entry no longer functions. Luckily I had a lift to get back home, find spare key (complete with dead battery) come back to the event, regain access to my car, and with it, my deck/keys… As such, my first game was a rushed best of 1 against Spiteclaw’s Swarm.

I have practised against this specific deck more than any other, as it belongs to the guy I steal most of my cards from. Unless I get a god-hand, I struggle ramping up in time to both suppress F&H spawns, and stay ahead in the glory game. My opponent instantly attached a Crown of Avarice, and I never recovered. I think I fed 3 or 4 glory just into Crown of Avarice, and the single time I missed, I instantly lost Stormsire and Ammis, and with that, the game.

I learnt, between this tournament and the last, that killing via lethal hexes prevents Spiteclaw’s from activating a lot of their ‘Get out of playing by the rules of the game’ cards. So I have started setting up on boards with Lethal hexes in order to try and put this into action. It is extremely difficult in practice however, to do little enough damage to not immediately kill, and also to position in such a way that I can force them to die via lethal hexes. More practice needed.

I struggled to get off the ground here. I don’t recall ever playing Ylthari’s and spent most of this game trying to understand threat ranges (Hint: I was always in it) and just what my opponents game plan was. Theme of the day was struggling to inspire either Rastus or Ammis before Stormsire dies, and not having enough oomph for them to pick up the baton. Rastus did go out in a shower of glory, scoring my last 3 whilst being alone on the battlefield, good lad.

My biggest mistake here, was attaching Tempest’s might onto Stormsire instead of Well of Power. I couldn’t have imagined I’d only score 1 glory going into round 2. I wasted all my spellcasts and scored nothing, and was promptly punished. My only glory here was from Focal Formation, which I had to score with two move actions… I should have discarded.

Stormsire makes a charge. I had a mismatch of objectives and ploys, but decided that the health pools of Ylthari’s were low enough that I could get away with scoring kills. My opponent drew straight into Superior tactician in Games 2 AND 3, massively hampering their ability to score. After a roaring Round 1, a wounded Ylthari’s maintained the aggression but to no avail. A nail-biting game where I struggled to score any objectives of substance. I rolled high on both offence and defence here, narrowly preventing a comeback. Vampiric weapon healed Stormsire for 3 here, not quite a full life, but still a healthy extension!

Stormsire makes a charge, again. This was the first game where everything just ‘clicked’ (One might argue it shouldn’t take 4 games, and you’d be correct, but I hadn’t managed to test this iteration of the deck, and so was still trying to understand the execution in real scenarios) This time, I had the exact hand and rolls to make Ylthari’s (Who was struggling with a poor objective hand) life a living nightmare. Again the aggression started strong and continued into round 2, where Ylthari blew herself up with double magic successes, forcing the game into an immediate stalemate, where I didn’t have the movement options available to force out my opponents final member. I did some cool things to pass the time, like casting Chain Lightning with no targets in order to score magical supremacy!

Thorns of the Briar Queen — Win

Thorns of the Briar Queen just have too many 2-health minions for me to ping. I didn’t even bother with Ammis or Rastus, I simply set them up for scoring focal Formation, while Stormsire emptied every hand into the enemy for massive damage. A lot of early turns were used by Varclav’s action, but the chainrasps never got close enough to threaten, and by the time the big hitter’s were close enough to kill my cheerleaders (I honestly don’t want to play this way, the deck is built from the ground up to support Ammis and Rastus as spellcasters, but I never drew into Savant/Innates in round 1), they were unsupported and too far behind to score up. I scored Arcane Recall for the first time (Out of 3 appearances) here, for a double Cry of Thunder for 4 damage, ouch.

Same story here really, charge in with Stormsire, second wind and supplementary spells brought ruin to chainrasps. I wonder why I can’t do this to Spiteclaw’s…

I have now played this opponent with this deck 3 times, and every time the early aggression is truly something to behold. This game was the closest of the day, and once again I lost to the glory differential of Superior Tactician and Escalation. A lot of frustrating rolls on spells here, but they were unsupported by Well of Power/ Innates, so I shouldn’t have expected anything else. In every game I play against Magore’s, somebody gets hit with the 6 dice 6 damage combo and my deck just doesn’t have anything that can prevent it. I actually moved away from this model, trying instead to out aggression my opponents, whilst staying healthy with upgrades, which actually works fairly regularly… But not against Magore, Magore doesn’t care. Stormsire Rebounded himself here, oops.

Magore still doesn’t care. This was a bloodbath, and it was my blood. Excellently piloted aggression from my opponent. It’s very difficult to wipe out any of Magore’s band before being surrounded, this game ended with Stormsire failing a favourable defence roll, while sat in a corner on 2 wounds, I was wiped out completely in round 2 and sat watching my opponent swim in a pile of glory. Highlight here was Ammis taking 4 shots to kill, while being stacked with Eldritch ward, and both health upgrades, what a legend (It’s amazing, and worrying, that Magore’s didn’t run out of steam after this onslaught)

I didn’t see a 5-health enemy, and I didn’t come close to scoring One Fate, so they were wasted cards. I also had a few hands with both Warning Shot and Death from Afar, which was great as Stormsire was my main attack-force (If he was alive, never a given) and I was guaranteed to score either, but also I couldn’t score both in the same attack. Focal Formation was also disappointing, often appearing after a key-member had expired, and led to me keeping Ammis and Rastus too far in the back, when one of my key strength in earlier version of the deck was the supports they were providing/ preventing by being upfront with Stomsire.

Second wind and Ready for Action were key for letting Stormsire take too many turns, as was Lightning Assault., I enjoyed my spell repertoire, but if they arrive before supporting upgrades, they are very difficult to cast successfully. Even though I scored less Arcane Recalls than chance dictates I should, I still like it, unfortunately, it’s first on the chopping-block so that I can slot in some much needed defensive power.

I loved Vampiric weapon, in games where me and my opponent traded blows, Stormsire was able to regain that health and continue looking as menacing as ever, that must have felt super bad for warbands that were looking to whittle him down (it didn’t actually appear to save his life, so the jury is still out on actual usefulness). Arcane Savant was never drawn, I feel like this deck doesn’t work without it appearing at least somewhere. Also absent were Innate Channels, severely limiting Ammis/Rastus’ casting ability (And even causing Stormsire to suffer on the double channel spells) I also didn’t use Hand of Sigmar or Spiritbond Errata: Spiritbond prevented a single support defence roll actually, and then Rastus was promptly offed. 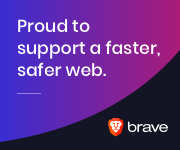